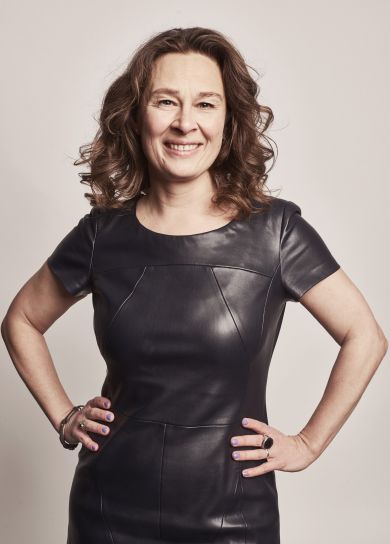 Philosophy graduate of the University of Amsterdam and of the Dutch Film & Television Academy in documentary filmmaking, Amsterdam-based Willemiek Kluijfhout (1971) has directed several highly acclaimed documentaries and award winning fiction-shorts that have been shown on television and at various international film festivals.

‘Ball Possession’, for example, won two nominations at the New York City Short Film Festival. ‘Mussels in Love’ was Willemiek’s first feature-length film, which competed at the Canon Cinematography Award at the Planete+ Doc festival in Warsaw, Poland (May 2013) and was the opening film of the Culinary Cinema at The International Berlin Film Festival (BERLINALE) in 2013.

Her latest feature length documentary ‘Sergio Herman, Fucking Perfect’, premiered at the Berlinale 2015. The film is about Master chef Sergio Herman who closes down his 3-Michelin-starred restaurant Oud Sluis; a compelling story about perfection, ambition and sacrifices. Ten days after its release in The Netherlands it received a ‘Crystal Film Award’.

Willemiek was an advisor for the Netherlands Filmfund for documentaries from 2004 – 2008. Since 2010 Willemiek teaches film & theory at the Willem de Kooning Academy in Rotterdam.

With her new film ‘The Taste of Desire’, she won the Best Pitch Award at the Leipzig DOK Festival.

Examining the complexities of human desire. In Dutch Cinemas now