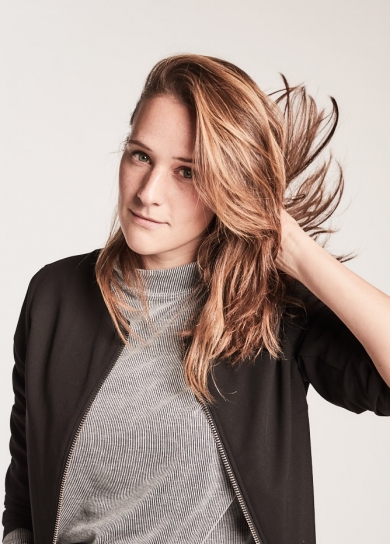 Susanne Opstal is a documentary filmmaker born in Haarlem, the Netherlands. A graduate of the infamous Netherlands Film Academy (2014), Susanne has been examining the edges of the documentary-genre, both visually and narratively, ever since the very beginning of her studies. In 2013, this approach resulted in her first movie “Simulacrum”, and one year later her movie “Nowhere Place” received the Documentary Wildcard, awarded annually by the Dutch Film Fund to the most promising graduation film in the country.

In her films Susanne endeavours to address undercurrents we all feel. Sometimes philosophical, or abstract, but always with a keen eye for the universal feelings underneath, which tend to reflect the times we live in. Her films can be experimental blends of influences, and thus often will have an international feel about them, just as in her upcoming documentary about the American Westboro Baptist Church.

In addition to her work as documentary film director, Susanne teaches film at the Open Studio in Amsterdam. And as if that weren’t enough, this young lady also directs commercials, and was instrumental in the success of the PostNL Valentine’s Day campaign in 2015, one of the most awarded cases of the year.