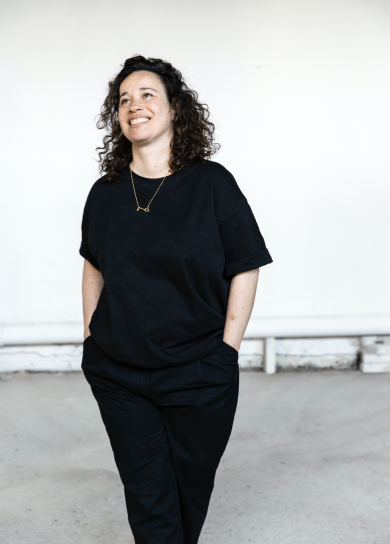 Sacha is a documentary filmmaker with a strong focus on people – and the bigger and smaller themes that unfold as she puts them under her loop. She strives to portray her characters as raw and pure as possible, with a strong cinematographic look and feel. The fields of culture and music continue to inform her work, and she has a fascination for young people and their life-experiences.

The director started her career at MTV Networks, and has since continued as a freelance director for broadcasters and platforms such as VPRO, Vice, BNNVARA and NTR. She made her debut as a documentary filmmaker with the film ‘Ronnie Flex – Alone with Everyone’. Other titles include ‘de Jeugd van Tegenwoordig: De Formule’, ‘Special Days in the Netherlands: Christmas’ and the series of three parts on 30-years of Dutch Dance. Her latest release was the sequel to her very first documentary project, ‘de Vlucht van Ronnie’. Adding to this, Sacha has been involved with programs on IDFA, Lowlands, Holland Festival, 3voor12 and the 3FM Awards to mention some.

Sacha is currently working on a feature documentary with HALAL, involving plenty of music, inspiring youth and culture. The project has been in the back of Sacha’s mind for a long time, and blends all of her passions.