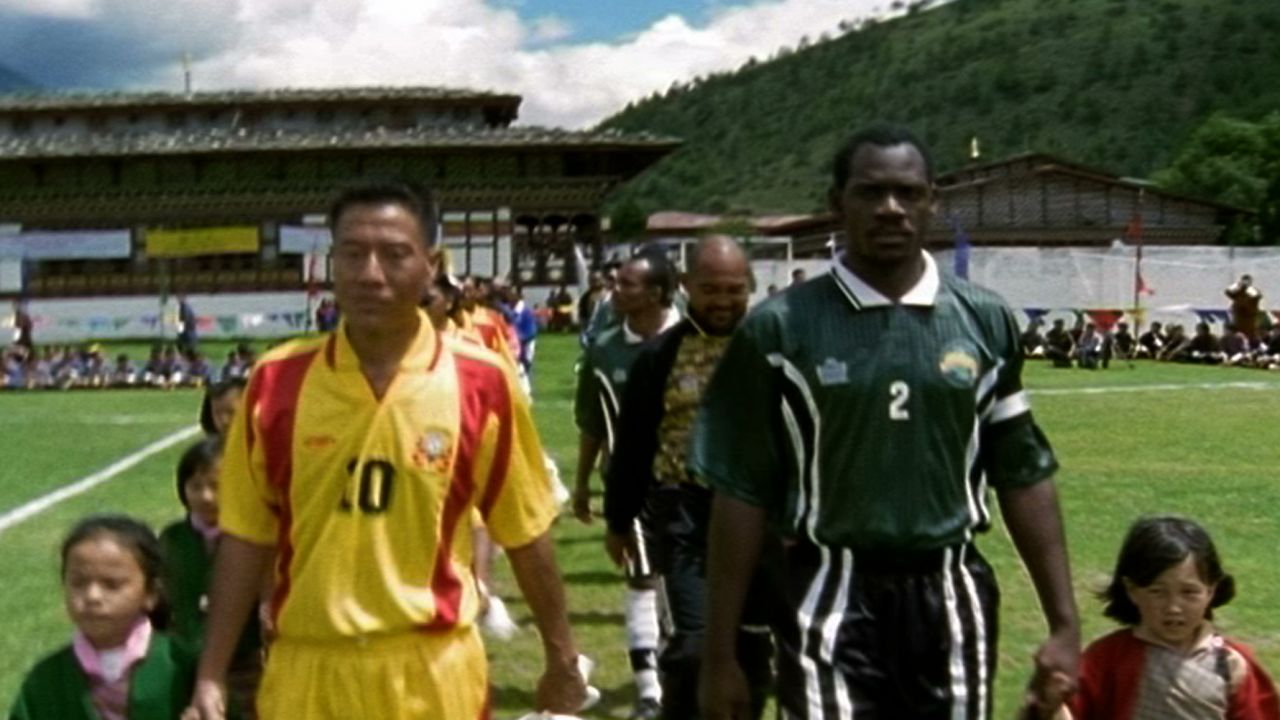 A story about a remarkable football game

The Other Final is about making the impossible happen: of cultural meeting, and social engagement. An old-fashioned story in a modern world.

The Other Final tells the story about a remarkable football game, which captured the imagination of the world. It was played on June 30th 2002, the same day that 4.1 billion people were watching the final of the World Cup in Japan and Korea.

The game was played by the two lowest ranked Fifa-teams in the world; Bhutan and Montserrat, (numbers 202 and 203 respectively). Bhutan is a remote Himalayan kingdom with the most mountainous terrain in the world and Montserrat is a small Caribbean island with seven active volcanoes.

The game was played in the Changlimithang stadium, Thimphu, Bhutan. The film uses football as a device to explore the very different cultures of the two teams involved, but also to show how football can prove to be a global language that unites very different people and countries.

By dynamic cutting, the film explores the similarities, and the differences between both cultures, as it follows the build up and preparation for the game. The story is told by people from all levels of both societies, in their own words, to build up a picture of both cultures, their attitudes to sport, and their cultural meeting.

The film begins on the island of Montserrat, and follows both teams from the beginning of the project as an idea, through to its culmination at the game itself, attended by 25,000 spectators. Through the film, we are introduced to a variety of people, from a Christian priest in Montserrat, to a group of monks performing traditional music in Bhutan, government ministers, local dignitaries, pop stars. And of course, the football players, most of who are not professional, and for whom the opportunity to take part in this game was a dream come true.

What is perhaps most remarkable is that the game took place without commercial sponsors and advertising. This sets it in marked contrast to the World Cup Final, which was a huge commercial gala. The game was free to attend for spectators, and was undertaken in a spirit of good-sportsmanship. In this sense, it was an opportunity for both countries to garner international recognition, and to promote a positive side of their nations, which have more obstacles to development than most.

Newspapers and television stations from over fifty countries reported news of the game, proof that there is still an appetite for an old fashioned approach to sport, and that achievement is not always about taking part, sometimes just getting there is an achievement.

The Other Final is the inside story of this remarkable event.