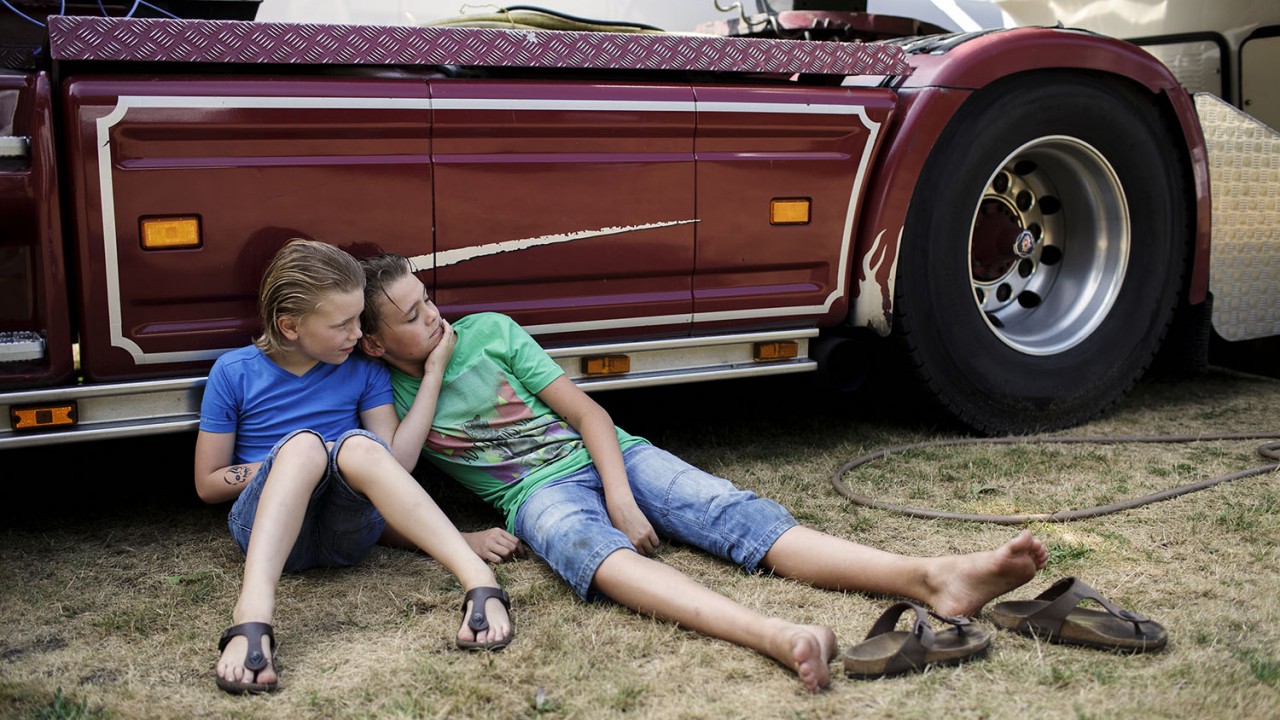 The move from elementary school to high school is tense for any child. But most children only have to leave behind the security of their old school, not their childhood home as well.  This short documentary follows Louis, the child of a traveling carnival family; from the final day of his mobile school, to the day they leave him behind at the house where he will live for most of his high school years.

On weekdays he will be living with other carnival kids. Home for Louis is clearly the amusement park, where he knows everyone and everyone knows him. He nimbly climbs from one ferris wheel cart to the next. But now he has to leave this all behind. There are hardly any interviews, and none are needed: his mother’s long explanation about which shirts match which pants (while Louis’s expression is one of “who cares?”) speaks volumes. We catch Louis briefly when he talks about the downsides of carnival life – such as saying goodbye to friends and having to make new ones – and about what he’s going to miss the most: his much younger little brother. (Source:IDFA)
Louis the ferris wheel kid was selected at IDFA, Hotdocs 2013 and several other short film festivals worldwide.